Mighty Fight is a throwback to classic 3D arena fighters, but with a focus on fighting game fundamentals. Select from a roster of characters each with distinct and deep combo opportunities. Use the game’s Hype mechanics to zone, evade, counter and play mind-games with your opponents. Mighty Fight combines the old with the new in a fresh competitive twist on the party-fighter genre.

Dealing and receiving damage builds up Hype Energy. This two-tiered resource can be spent on Breakers, Hype Cancels or activating Hype Factor.

From hitstun or knock-back, you can spend one bar of Hype Energy on a Breaker to immediately reverse your opponent’s combo and put them into a knock-back state. Time it just right and you’ll get a free Red Breaker.

During an attack you can spend one bar to Hype Cancel out of it. This lets you create combos from moves that wouldn’t otherwise link, or escape from dangerous situations.

Spend both bars of Hype Energy to activate Hype Factor. During this mode, you won’t build any Hype but for a short time your damage output and speed will be increased and you’ll slowly regain lost health.

Once per match, at any time, you can throw out a devastating Hype Attack. Use these to punish an opponent who’s put themselves in a precarious position. Every character has a different Hype Attack with different use cases.

In the vast reaches of space there lies a being of incredible cosmic power known only as Hyperion. Wielding the ability to bend reality to his will, he has collected the hypest warriors from across the multiverse. His goal? To pit them against each other in the universe’s most electrifying pay-per-view event: The Mighty Fight Federation! 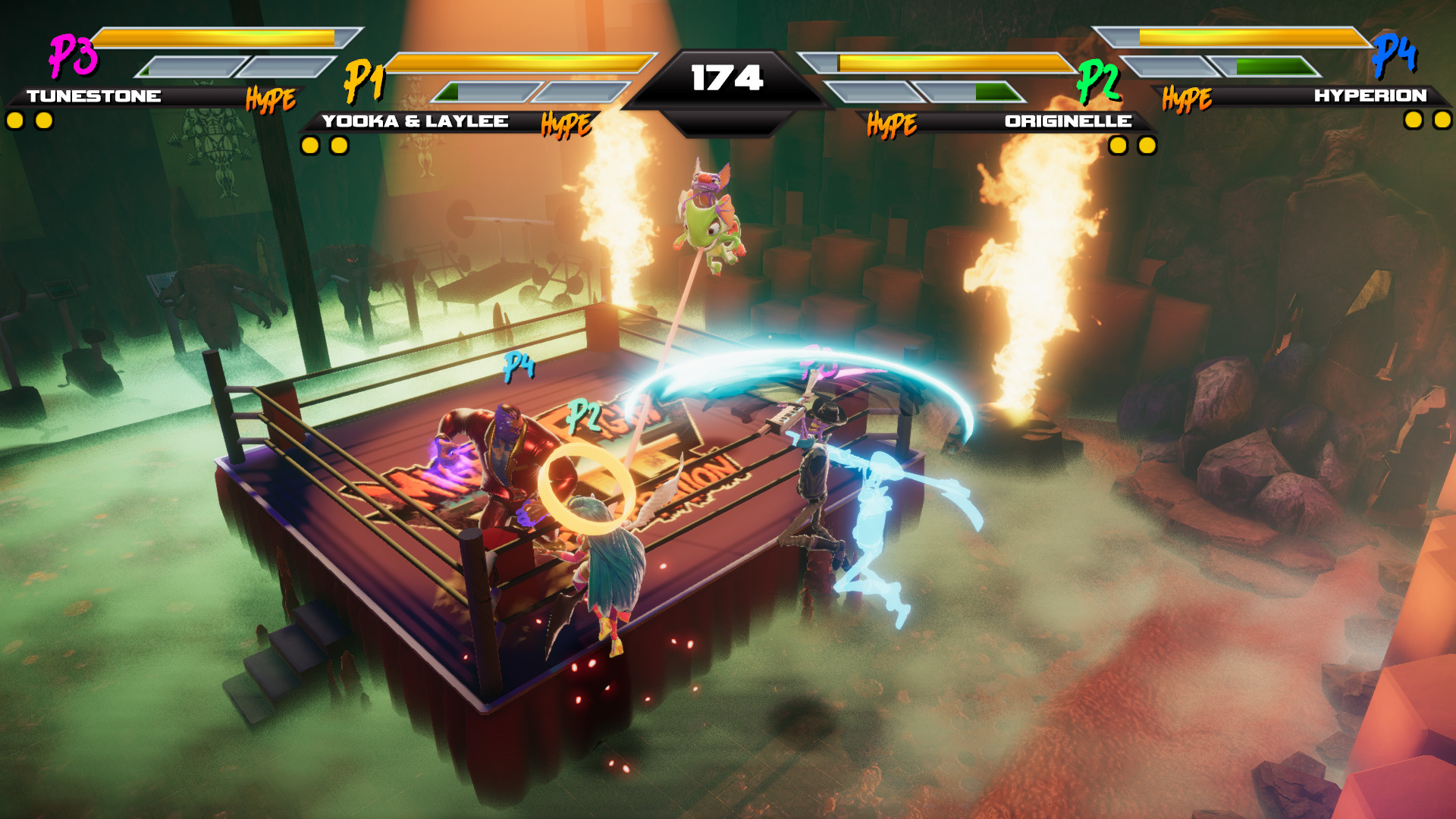 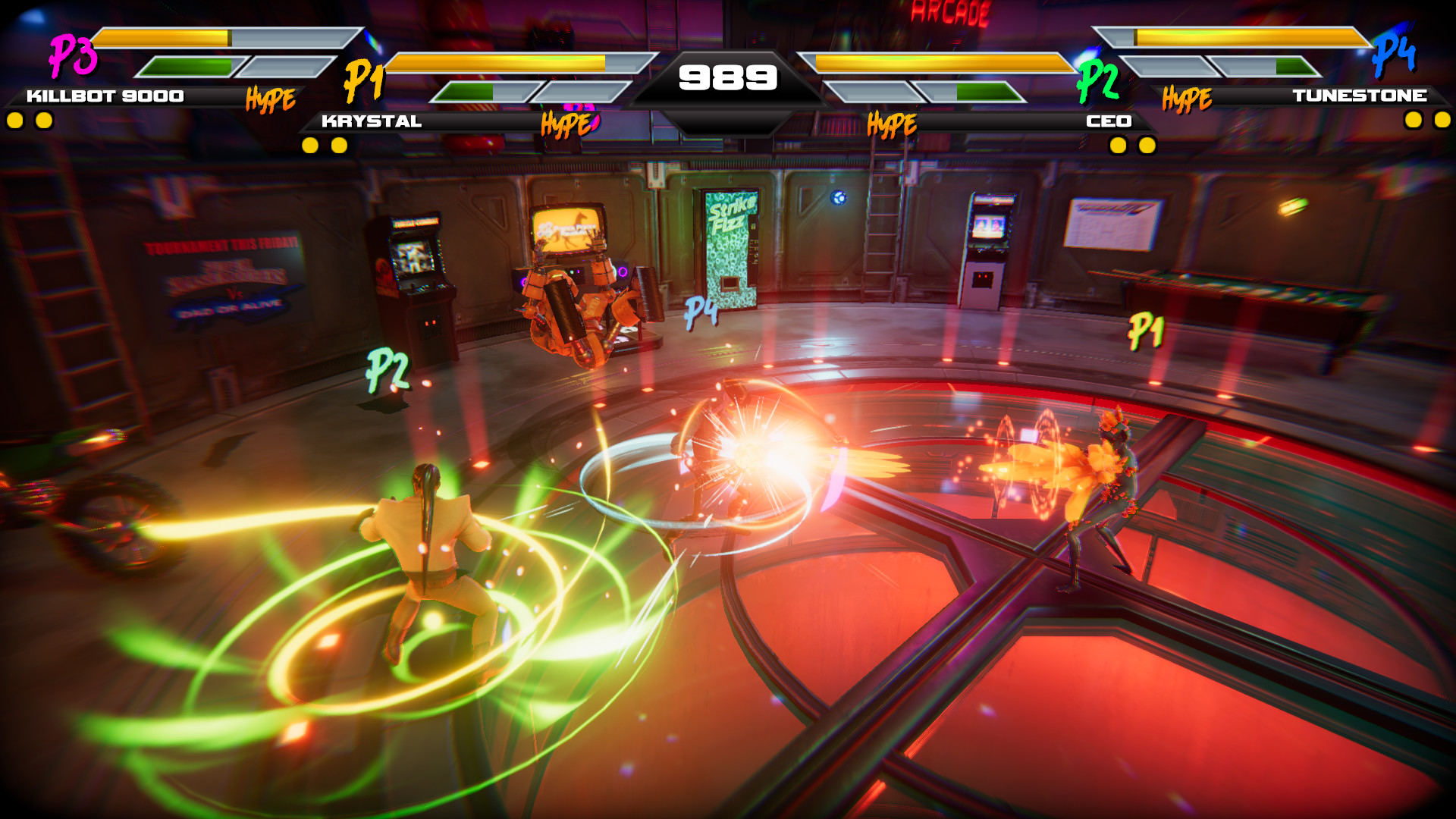 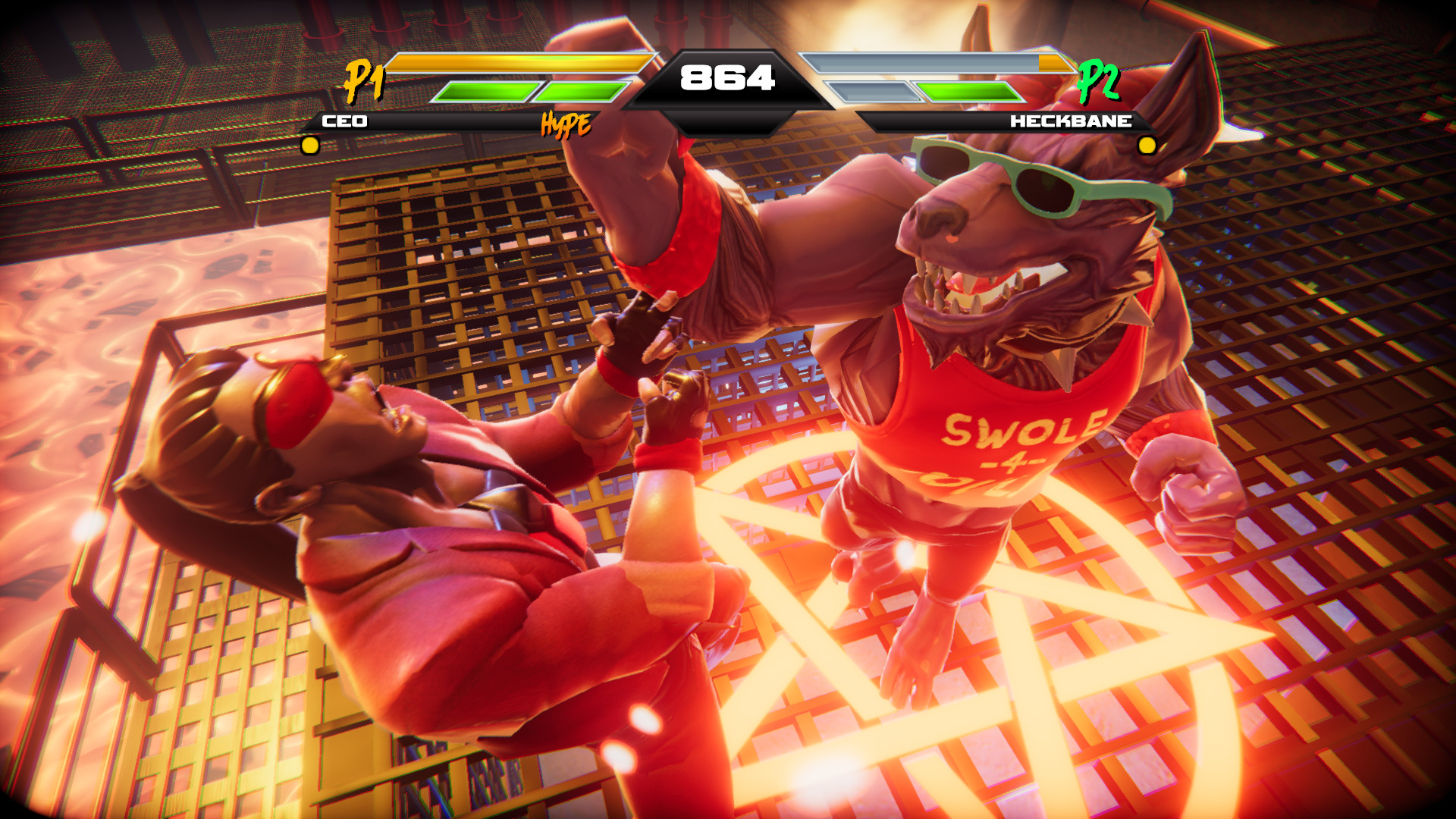