Discover unrivalled sniping freedom in the largest and most advanced World War 2 shooter ever built. Experience tactical third-person combat, gameplay choice and epic longshots across gigantic levels as you liberate wartime Italy from the grip of Fascism.

Covert agent and elite marksman Karl Fairburne must fight alongside the brave men and women of the Italian Resistance and defeat a terrifying new threat with the potential to halt the Allied fightback in Europe before it’s even begun.

Encounter hours of gripping gameplay in huge campaign levels with hundreds of enemies, vehicles and high-ranking Nazi officers to hunt. Forge your own path to your objectives, uncover new sniper nests, find secret side missions, collectibles and more!

Experience genre-defining rifle ballistics where snipers must take account of wind, gravity and heart rate to land satisfying shots over hundreds of meters.

Hone your combat effectiveness by upgrading skills and tweaking key weapon traits such as scope magnification, muzzle velocity and stability. Create and edit custom loadouts for any encounter.

Climb, hang, shimmy and leap your way across the game’s vast environments to get the drop on enemies and deliver killing blows from behind cover, hanging over ledges and more!

Play the entire campaign online with another player or jump into dedicated co-operative game modes for up to 4 players.

Take Sniper Elite’s trademark sharpshooting into unique competitive play for up to 12 players in 6 modes across 6 custom-designed maps. Even more modes and maps will be released FREE after launch! 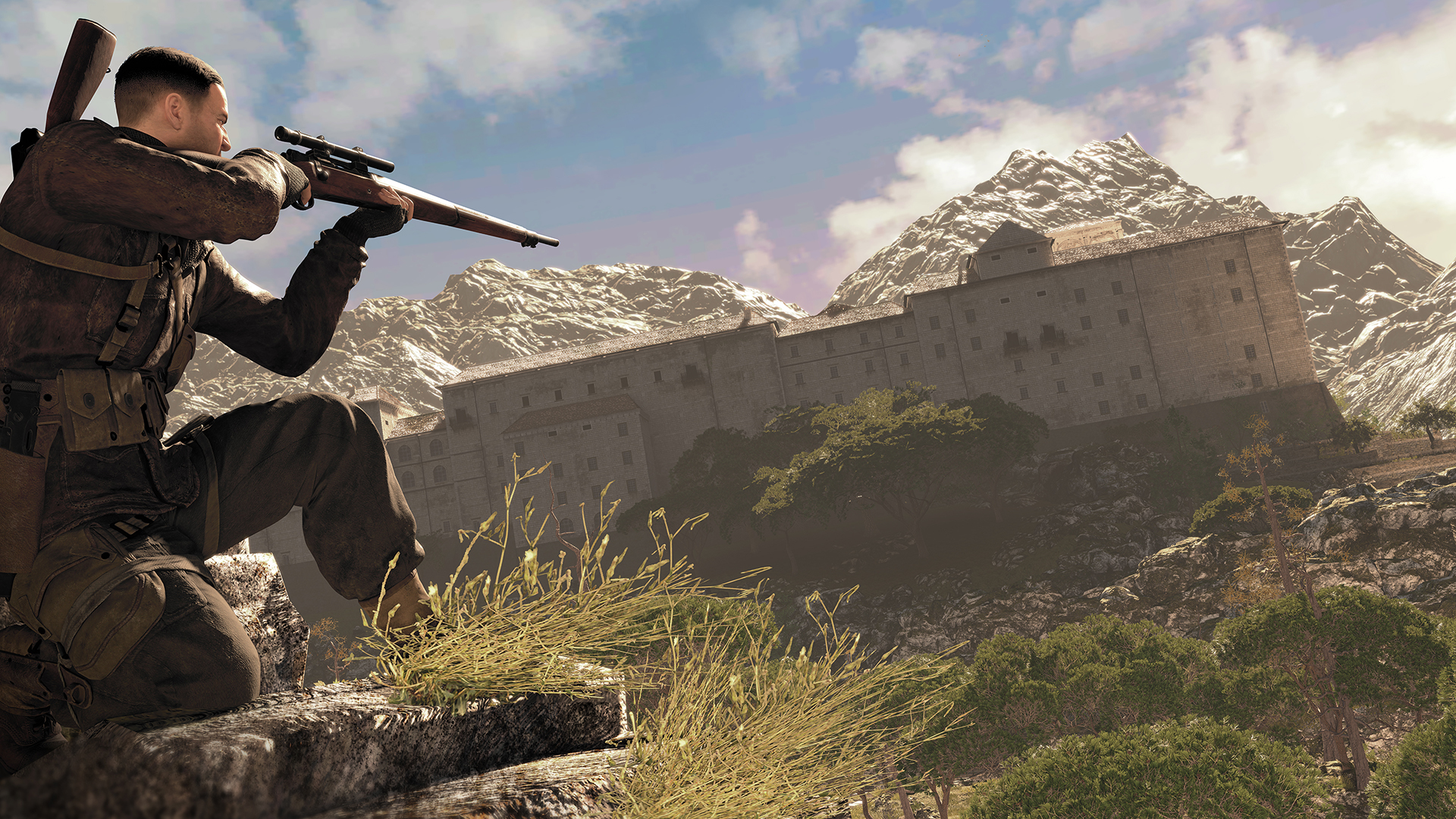 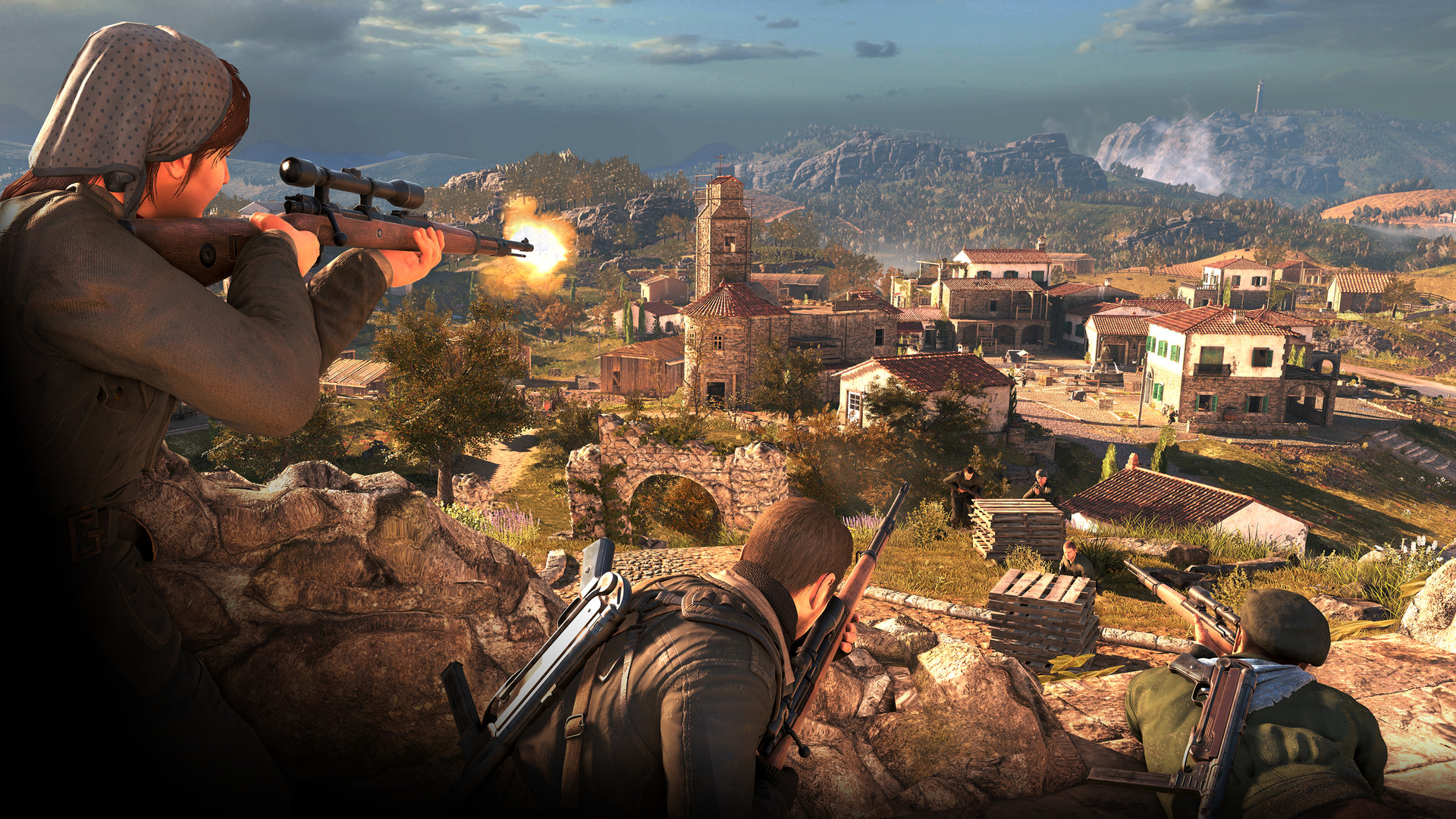 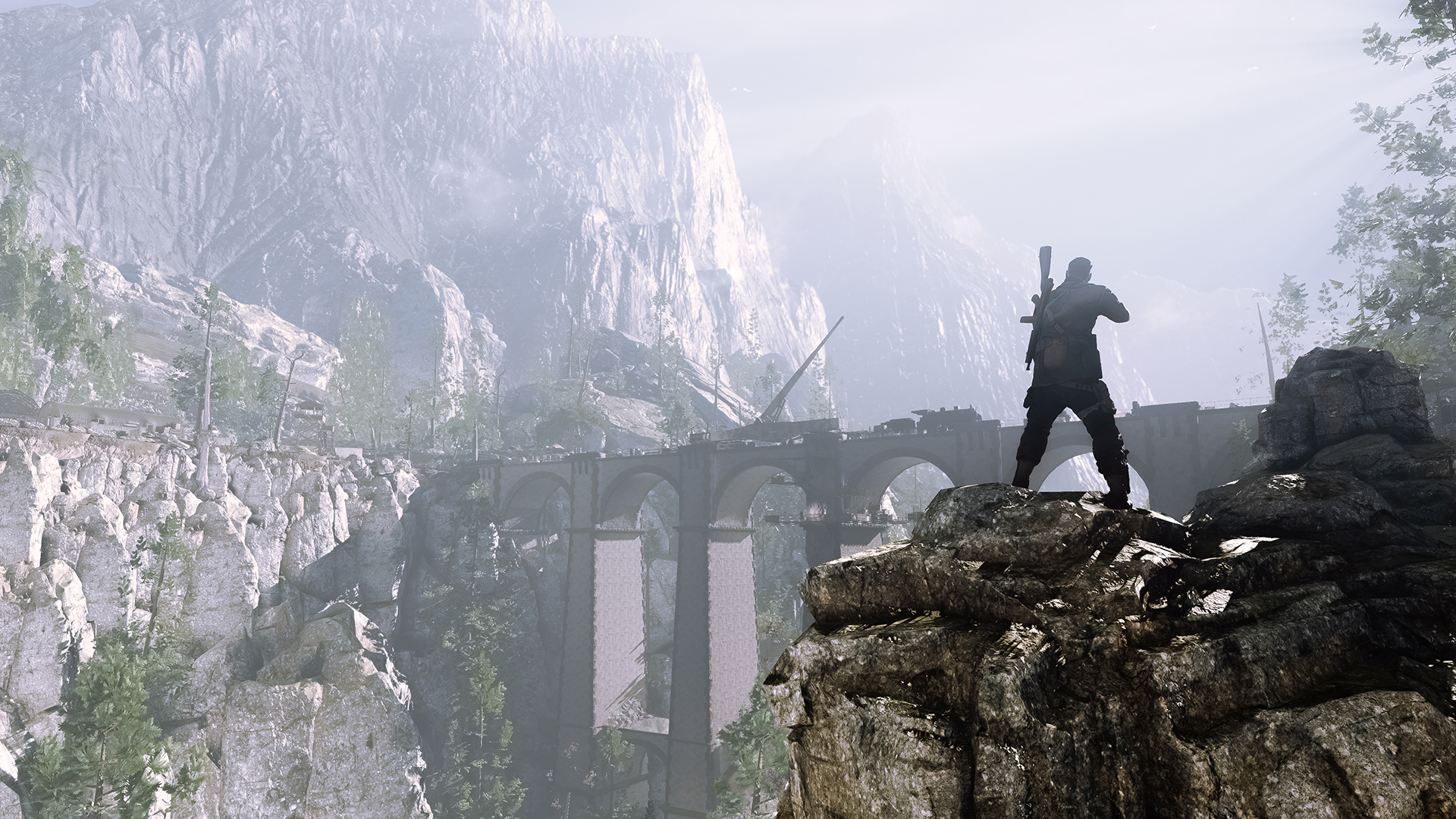